Dolcetto is not a small dessert and, in fact, its name is a completely false trail. Translated, it means small sweet, but the red wine variety is not sweet at all, on the contrary. Dolcetto wines are rather dry and strong character, with lots of fruit and hearty tannins. But perhaps it takes its name from the Piedmontese dusset, which in dialect means something like back or hill. This could still make sense, as Dolcetto often grows on the same hills as Nebbiolo, but on the shady side. Primarily, it was planted there because it gets along with less sun and has a shorter ripening period than the Nebbiolo grape. Dolcetto also produces decent yields of good quality in less preferred locations. Its homeland is Piedmont, where the Dolcetto grape is the second most common red wine variety after Barbera. But in terms of relevance, the grape only makes it to 3rd place, not only on the hills it is overshadowed by the Piedmont star, Nebbiolo. Yet it is unfair to compare the two, Dolcetto wines have a distinct right to exist, simply play on a different field. They are excellent food companions and complement hearty, good everyday cooking with lively acidity, lots of fresh fruit and pleasant length. They are full of character but not very heavy on alcohol, balanced and harmonious on the nose. What else? They score with a magnificent ruby red, are dry and soft and above all: extremely drinkable. Dolcetto, together with Barbera, is the everyday wine in Piedmont par excellence, you don't drink Barolo as a table wine. Its origin is debated, but it is known that the grape variety was cultivated a thousand years ago in Monferrato, between the Maritime Alps and the Po. In other words, it is an ancient vine that also spread to the areas around Milan and Piacenza and can be found in France and North and South America. In Italy, the Dolcetto grape is assigned to seven DOC areas. And finally, drink Dolcetto young, at a drinking temperature between 16 and 18 degrees. Treat yourself to a hearty meal to go with it, because it is not such a solo player for in between. With accompaniment, however, it definitely has show potential.

Your search filters:
Dolcetto
2 products
per page
In descending order 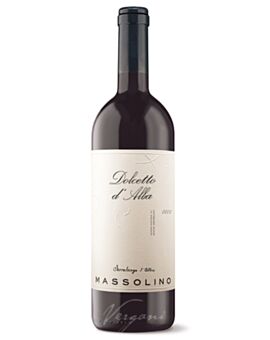 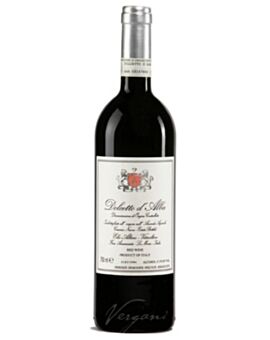