Piedmont is nestled between the Aosta Valley, Lombardy, Linguria and Emilia-Romagna. It is a popular destination for several reasons: friendly little towns, ancient castles and gorgeous palaces surrounded by breathtaking landscapes of Alps and lakes. Add to that the wonderful truffles and, of course, the legendary red wine. In the middle of it all is the baroque capital Turin, which combines all the advantages and is one of the most beautiful cities in Italy.

Your search filters:
Piedmont
Products 1-15 of 112
Page
per page
In descending order

Piedmont is nestled between the Aosta Valley, Lombardy, Linguria and Emilia-Romagna. It is a popular destination for several reasons: friendly little towns, ancient castles and gorgeous palaces surrounded by breathtaking landscapes of Alps and lakes. Add to that the wonderful truffles and, of course, the legendary red wine. In the middle of it all is the baroque capital Turin, which combines all the advantages and is one of the most beautiful cities in Italy. 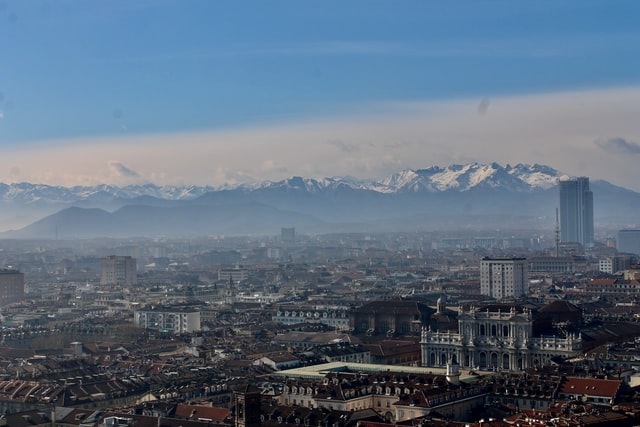 The northern Italian region has many wine-growing areas. The approx. 58,000 hectares of vineyards are spread over the whole of Piedmont (with the exception of the Po Valley), making it one of Italy's medium-sized wine regions. Red wine is the most cultivated in percentage terms. The two core zones are the Langhe with the Roero and the vineyards around the city of Alba with the grape varieties Nebbiolo, Dolcetto, Barbera, Chardonnay and Arneis. And the Monferrato around the city of Asti. On the sandy and calcareous soils, the grape varieties Barbera, Chardonnay and Moscato Bianco, among others, are growing.

The small town of Asti in Monferrato is just over an hour's drive from Turin. The region is known for its opulent and spirited red wine made from Barbera. On the sandy soils, the grape variety can develop an incredible power. A famous wine is the Bircco dell'uccellone. However, smaller wineries like Boeri also produce classic Barbera d'Asti with an excellent price-performance ratio.

The sweet sparkling wine from Asti is a popular companion to sweet dishes.... The Moscato grape is very fragrant. This characteristic is further enhanced by the sandy structure around Asti. In order to preserve the sweetness in the wine, the fermentation process is stopped after a short time. This results in a light and aromatic sparkling wine.

Roero is located in the Langhe north of the Barolo area. The region is famous for its Arneis. A floral and yellow fruit scented white wine. Often this wine is rather a side project of many red wine producers who mainly produce Barbera d'Alba or Barolo. But there are also real Arneis specialists like Marco Porello or Bruno Giacosa. They produce full-bodied and high-quality wines with a lot of melting.

Around the famous truffle town in Italy, Barbera is also cultivated besides Nebbiolo. Unlike their representatives in Monferrato, the Barbera grapes of the Alba area do not enjoy the advantages of the best sites. These are reserved exclusively for Nebbiolo. But this is by no means a disadvantage. On the contrary, the reduced exposure to sunlight creates a more structured and less lush Barbera. These wines are particularly suitable for lovers of elegant and straightforward wines.

In the Langhe lies the Barbaresco DOCG. A region which was in the shadow of its big brother Barolo DOCG for a long time. In the 19th century, the Nebbiolo grapes from Barbaresco were often sold to Alba, so that Barolo could be produced from them. However, winemakers such as Angelo Gaja and Produttori del Barbaresco have ensured that this region has been on the radar of many wine lovers in recent decades. Today, it is impossible to imagine Piedmont without Barbaresco. Its DOCG wines are a flagship for the whole of Italy.

Nothing stands internationally more for the wine-growing region of Piedmont than the Barolo DOCG with its noble Nebbiolo grapes. Since the Middle Ages, Barolo has been the house wine of the House of Savoy (the last royal house of Italy) and has not lost a bit of its charisma. On the contrary. Winemakers like Elio Altare, Massolino or Aldo Conterno have led Barolo into a new era. These are wines which measure themselves in decades and not in years. Their true potential reveals the wines from Nebbiolo only to the patient ones, because they can be stored well 15-30 years. This storage time gives them an incomparable aroma palette. Baroli are extremely noble wines. The best wines come from the single vineyards around the city of Alba.